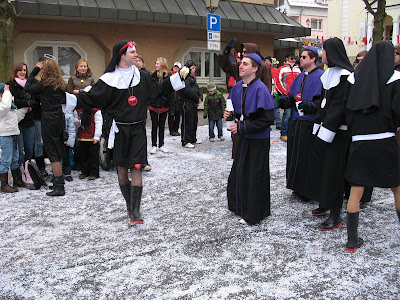 So, here are our pictures from the parade yesterday. So, above, were men dressed up as nuns (with shorter skirts on)...
Below, one of many teenage girls getting lots of confetti put in her clothes (they stuff the stuff up pants legs, down the back of your coat - in hoods, under hats...) 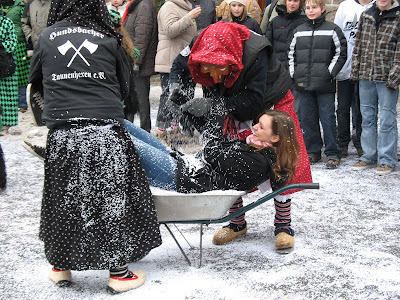 oh, note that these pictures go from the end of the parade to the beginning as you scroll down - see the white covered street here, I will try to point out the regular street here in a few pictures before the parade started, lol 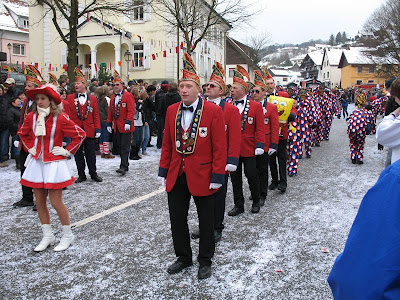 Brenna did not want her picture taken yesterday - Dustin took these one and I took one when we were outside, but no smiles... 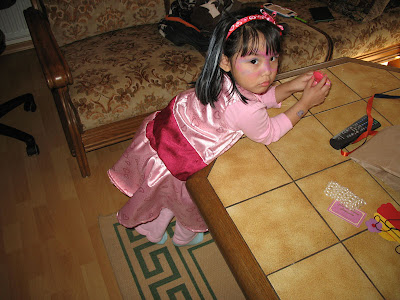 I set Brenna free with the camera for a little while yesterday - I love that she took a picture of the balloon and mask she came home from school with. We took the mask to the parade and it even went out in it for a few minutes (one of the people in the parade took it out there). 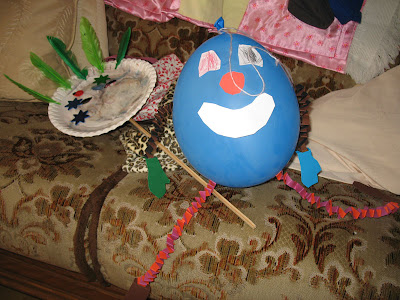 another picture of a girl being stuffed full of confetti... 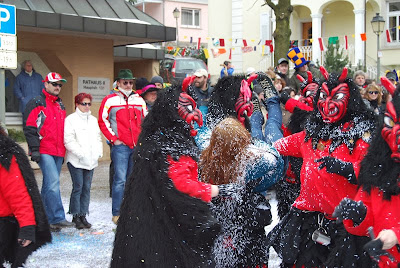 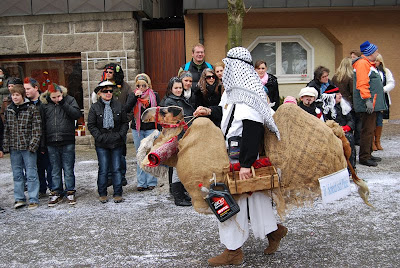 Don't you love these camels??? (note the motor oil above - I'm pretty sure it was some kind of alcohol - I think we mentioned it last year, but it is worth saying again that it is crazy that they pass out alcohol to the parade spectators here - it is the only day of the year that drinking in public is completely expected (and people being drunk too)). 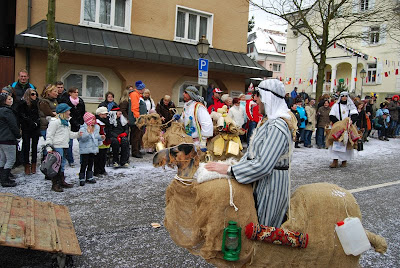 I love that they use tractors to pull alot of the floats (there really aren't that many floats - more just groups walking and bands), but the parade does last for quiet awhile - it was 2.5 hours long - our feet were all numb at the end! 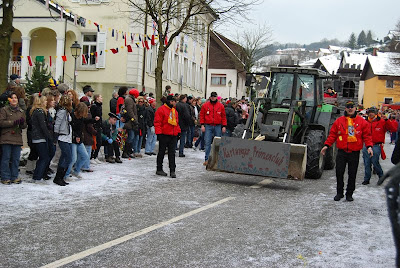 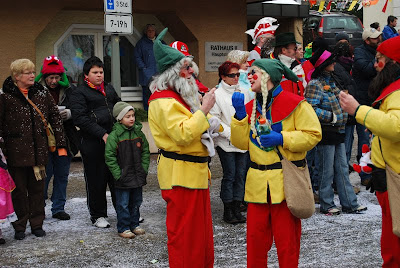 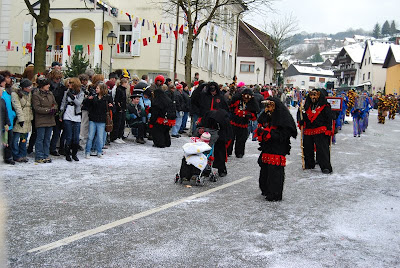 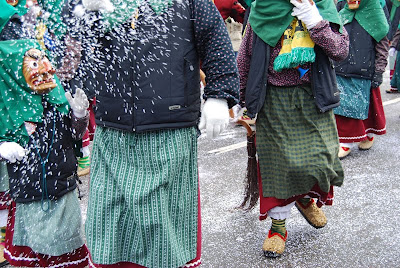 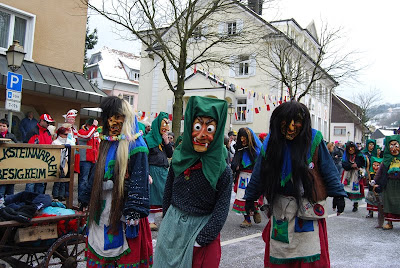 Before the parade started below - note the relatively clean road (I am impressed with the clean-up crews, the roads were really pretty clean this morning, the sidewalks still have confetti, but I'm sure some will linger until the next carnival, lol!!). 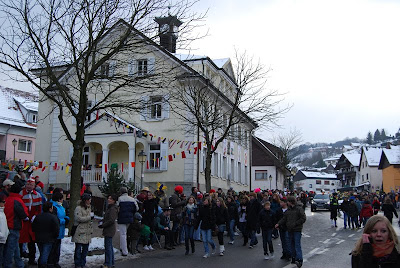 Brenna had her face painted (by me) as a butterfly - I didn't do such a great job - I'm going to have to keep practicing if I want to do face-painting for her birthday party... I made Brenna a new candy bag for the parade - it is reversible - pink on the outside and cupcakes on the inside. I think it will be great for Halloween this year too :-) Brenna did wear her new pink dress that I made, but she wasn't in the mood to have her picture taken yesterday... 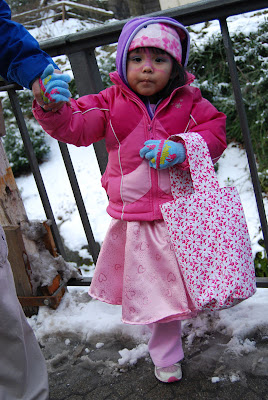 Hello All!!!
Hope all is well out there! We froze yesterday at the Carnival parade, but I think Brenna had a really good time with it :-) Dustin came home early from work to enjoy the parade with us and then he had to go back in later (I'm glad it wasn't me, I was exhausted last evening and went to bed with Brenna!). Brenna's kindergarten is pretty empty this week - only a few kids in the school (I think there were about 5 kids there total this morning - wonder if more kids will come as the week goes on? - I know that Brenna is very bummed not to have her best friend there...).
So, trying to think what has been going on lately - I made a bag for Brenna yesterday for collecting candy. She sat on Dustin's shoulders so I don't think she collected as much as she could have (she still did pretty well though!). We will be cleaning up confetti all week here probably - I cleaned yesterday morning before the parade (that was silly), then cleaned again after we came home with all the confetti, and it looks like I need to clean again today as there is more confetti back again... I had German class this morning, so the rest of my week should be pretty quiet - maybe I can finish some more of my February project :-) On my walk with Justice on Sunday, I found 15 Euro, so that was a good bonus (and it wasn't even a long walk) - he really sniffed it all out - thanks buddy!
I will try to get some videos from the parade up tomorrow - it is hard to really describe the parades here. Brenna didn't sleep well last night , not sure if all the excitement (and scary masks) made for a fretful night, but hopefully we will have a good day today.
Well, I need to take Justice out before going to pick up Brenna! Take Care!

What a fabulous parade! those nuns were cute, snd what about the old hags! It's hard to imagine a full blown parade in the winter. glad you get to enjoy all these special occasions.

Carnival looks like such a fun way to celebrate! I love all the pictures and some of the get ups are quite interesting. Seriously, those people stuffing the people with confetti totally look creepy! Glad I had a chance to talk to you yesterday. I'd be happy to help face paint for her birthday-I'm quite good (or at least I used to be!)at getting it right. sorry I've been such a grouch lately. I hope things start to turn around. Love ya!