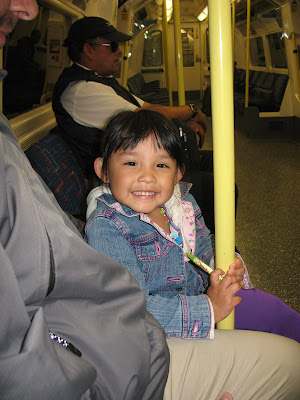 Brenna above riding on the subway :-) We rode the subway around a lot - the subway system in London is very, very good (and we only got on the wrong train once - got in too big of a hurry and not paying attention). Below, Brenna and I in front of the Tower Bridge. 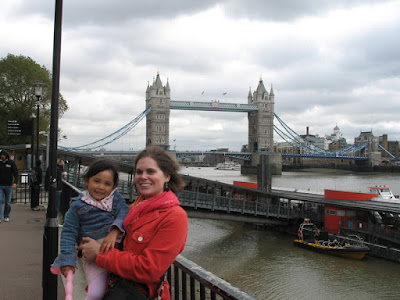 Brenna's balloon animal - it started as a dog, but quickly came apart - poor puppy! At least, we got one picture right away when it still looked good :-) Brenna got the balloon in Covent Garden from one of the street performers. There was a really good Johnny Depp/Pirates of the Carribean look-a-like, but I didn't go over and get a picture (since I am sure I would have to do that one on my own, lol). 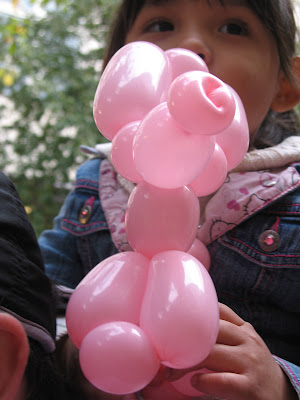 One of the many taxis in London. 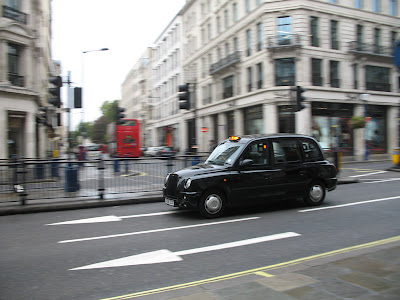 I wasn't doing too well with my long arm shots (but I had to put both of these up from Windsor castle!) The second one had the best faces, but I cut off Dustin's head, oops! 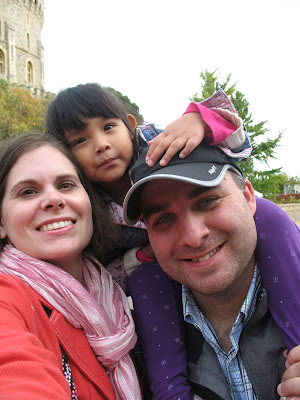 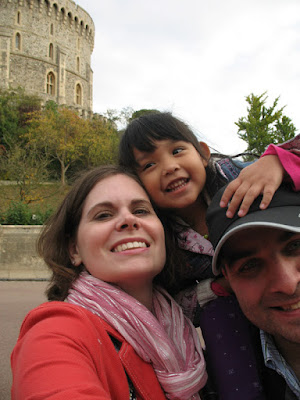 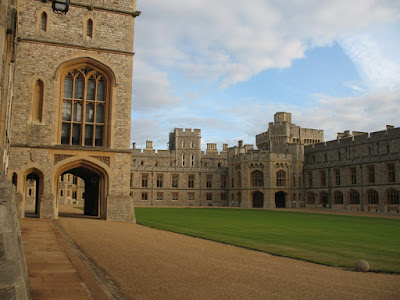 Brenna's new friend - there are lots of sheep around Stonehenge so they do market those to the kids! He is pretty cute! Brenna decided to name him Stonehenge (or Stoney for short, lol). 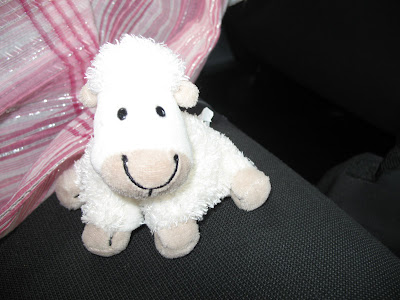 Our family shot in front of Stonehenge 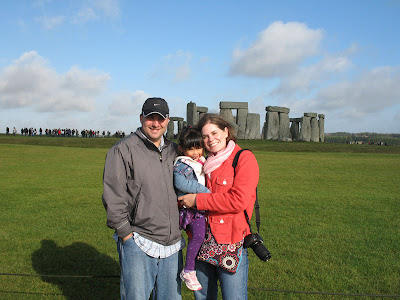 Picture of one of the fields beside Stonehenge (Dustin was amazed that it is pretty much in the middle of no-where and nothing is built up around it!) 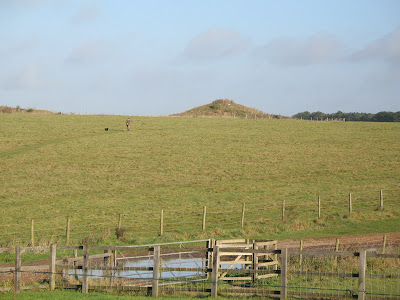 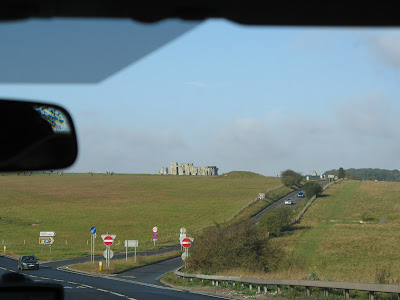 Brenna and I having fun in the backseat of the car on the way to Stonehenge. 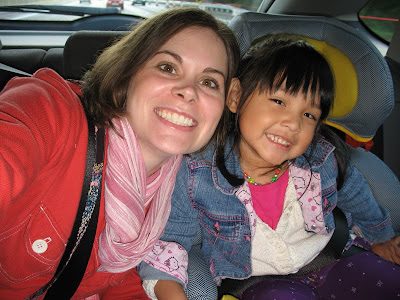 All of us on the London Eye 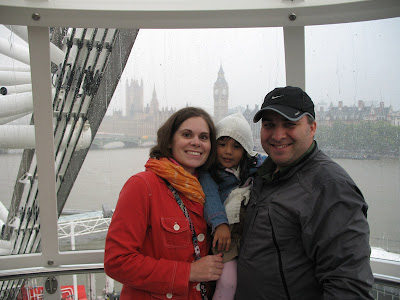 Brenna listened for about a minute and then was done with that! 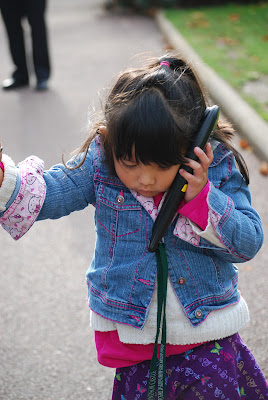 Brenna loved this cat in the small town of Lacock 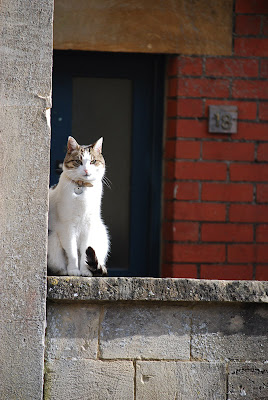 The next two pictures are Brenna's view of Stonehenge - I had about 15 picture when I let her have free range with the shutter button! 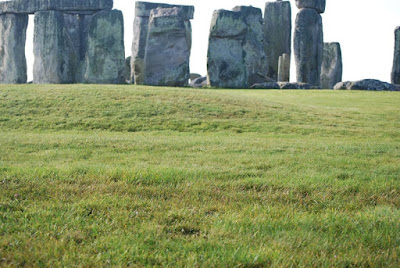 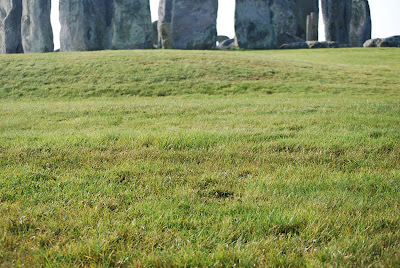 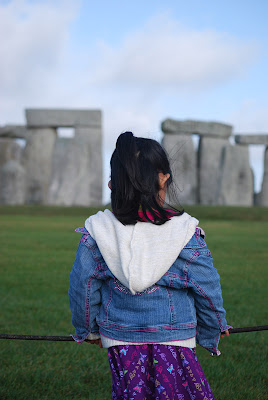 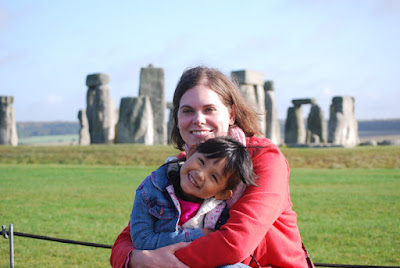 Brenna "cheesing" at the hotel 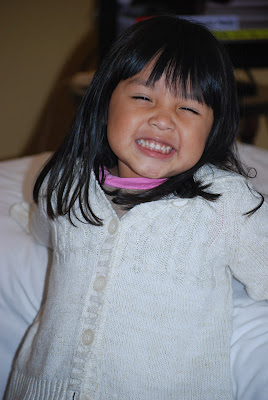 We don't see squirrels in our area of Germany - and we were very surprised by how friendly they were (especially when one tried to climb up my leg!) 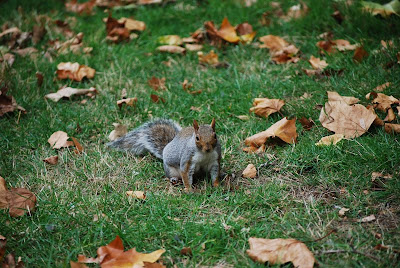 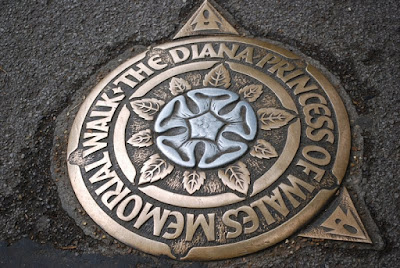 Below, Brenna and I in front of Buckingham Palace (and I was trying to keep somewhat dry in the sprinkling rain) 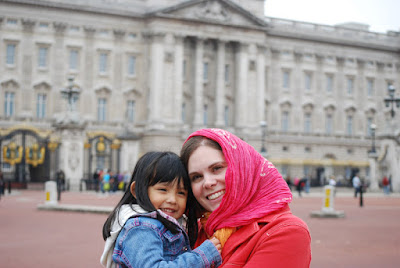 The London Bridge (not as impressive as the Tower Bridge) 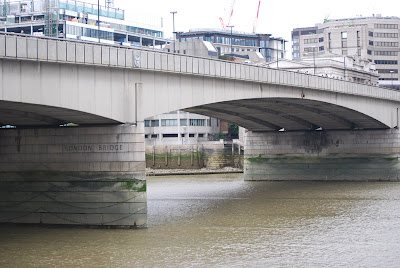 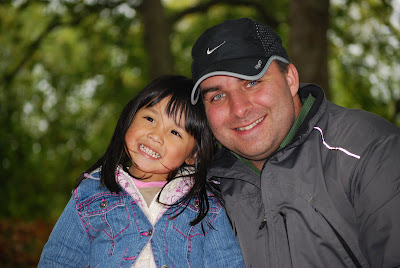 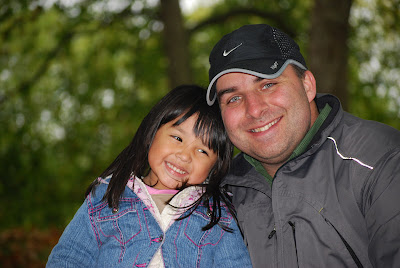 The backside of the bird picture, lol!! 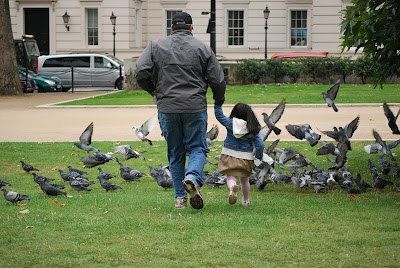 Our hotel key - they really don't want you to take it with you, lol!!! 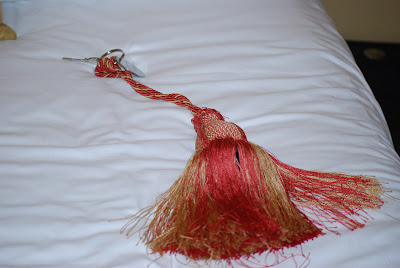 It took me a while to go through all of your awesome pictures. I think Mikayla would have liked the "big stones" too. What a wonderful fun filled anniversary trip. So nice that Dustin has been there enough to know the way around a little and that you had a meet up with a co worker or friend of his! what fun!

that is amazing all the ground you covered in London/England....
I just had lunch... but you sure are making me hungry talking about the FISH n CHIPS!!! YUMMY!